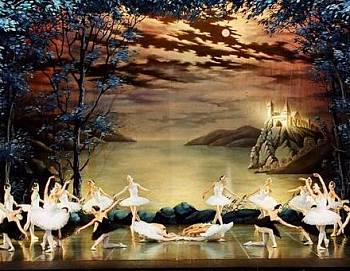 When in Russia, it is an absolute must-have to spend an evening in an Imperial venue with a spectacular Russian Ballet. Most famous, traditional, classical Russian choreographic productions of The Swan Lake, The Sleeping Beauty, Giselle, and The Nutcracker are awaiting you in the surroundings and interiors, where the Tzars and the nobility witnessed those performances over 100 years ago. 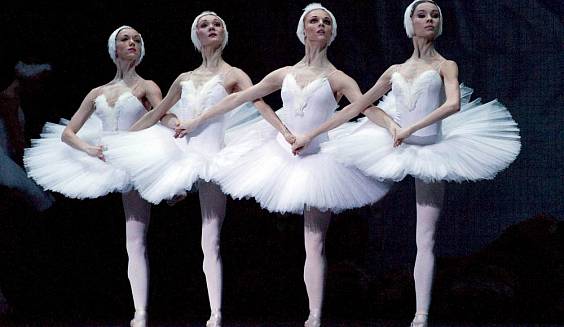 Enjoy Swan Lake ballet by Piotr Tchaikovsky, one of the greatest Russian Composers of the 19th century. The world-renowned ballet will keep you enchanted by its music, rhythmic and colorful dances, the power of love, and a fierce fight for the good.

The ballet tells us the story of an enchanted girl, turned into a swan that can be freed by true love only. Prince Siegfried swears eternal love to her, but later, when forced to select the bride, chooses Odilia, who looks like the enchanted swan. He tries to correct his mistake but dies in the battle with the magical swan lake master.

When first staged, Swan Lake was a significant failure. It was only 20 years later when re-staged by Marius Petipa, the ballet took its contemporary look and became a world-famous symbol of Russian art. 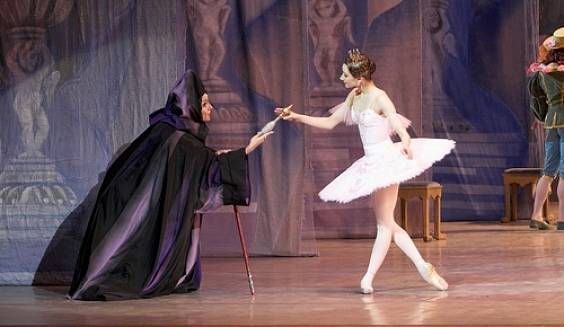 The Sleeping Beauty ballet is based on the world-known fairy tale of a princess, cursed by the upset evil witch. The curse is fulfilled as the princess pricks her finger on the spindle and instantly falls into a deep sleep. She wakes up many years later to a kiss of a prince charming.

The ballet was created by Russian famous composer Tchaikovsky. It's renowned for the great dances of the different fairies during the Royal ball. 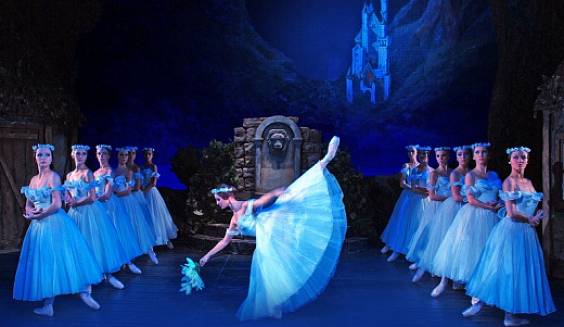 Giselle is a story of a peasant girl, deceived by her noble lover, who died and became the Wilis - one of the ghostly spirits of maidens betrayed by their lovers. The Wilis, led by their merciless queen Myrtha, haunt the forest at night to seek revenge on any man they encounter, forcing their victims to dance until they die of exhaustion. Giselle forgives her unfaithful love and saves him from the Wilis.

The ballet was first staged in 1841 in Paris, although the current version known worldwide belongs to Marius Petipa, who re-staged the forgotten dance and presented in during the "Russian seasons" in Paris. 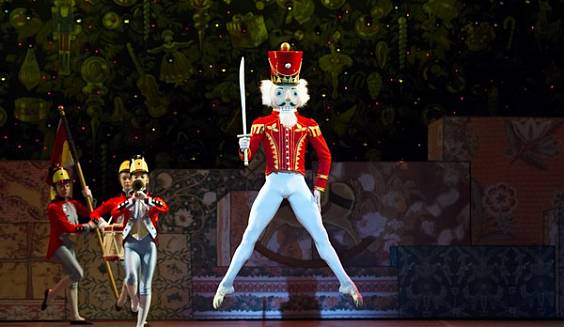 The Nutcracker is a beautiful Christmas fairy tale about the dream of a girl called Mary on Christmas night. Mary dreams of her new toy - the Nutcracker leading the army of toys in a battle against the evil Mouse King.

Although the Nutcracker is a Christmas tale, the ballet is shown the whole year-round. There are two versions of it - the traditional choreography by Marius Petipa, dating to 1892, and the 2001 version, where contemporary Russian artist Michael Chemiakin designed the costumes and the staging. The modern version keeps the fascinating old choreography but enhances it with the great costumes that turn the ballet into the cartoon on stage.
(Please note that contemporary Nutcracker version is available in Mariinsky theater only, subject to the playbill).

NOT suitable for people with limited walking ability and wheelchair users.
NO payment is due when you place your reservation until we confirm availability!

ONCE the tickets are confirmed and paid for, ALL SALES ARE FINAL AND INCUR 100% CANCELLATION  PENALTIES!!!