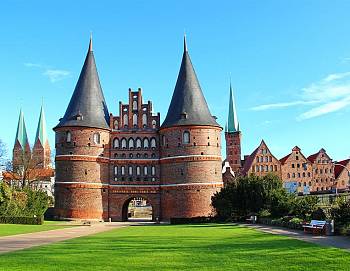 Meet your guide and driver by the ship and start this exciting tour with your private local guide that will combine two very attractive and contrasting destinations. You will be met by your guide in front of the cruise terminal and head for Lübeck and Wismar. 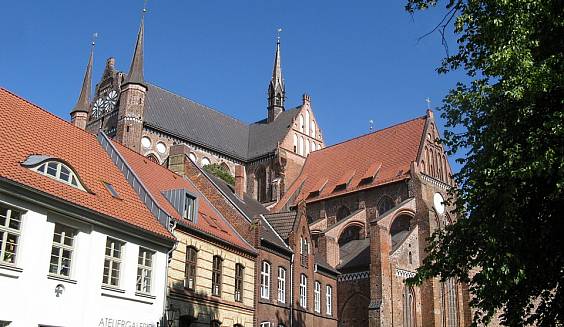 St. George's Church, the third so-named edifice on the site, dates from 1404. It had escaped significant damage during most of World War II but was heavily damaged by "Blockbuster bombs"  dropped by the British Royal Air Force on April 14, 1945, three weeks before the end of the war. The church is a prominent landmark of Wismar, seen from far away in the sea, along with Marienkirche. 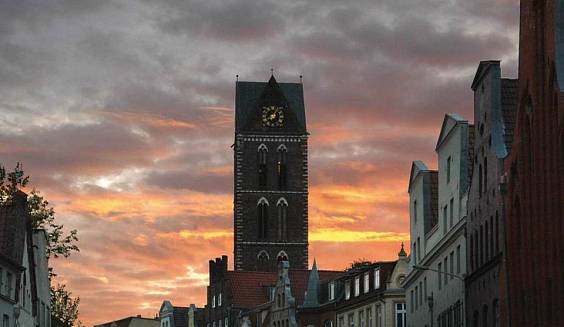 The 80 m high tower church of St. Mary's Church (the Marienkirche) is the only remainder of the original Brick Gothic structure, built in the first half of the 13th century. It suffered substantial damage in World War II and was partially razed in 1960 by the East German government. The Marienkirche tower is a prominent landmark of Wismar, seen from far away in the sea, along with St. George's church. 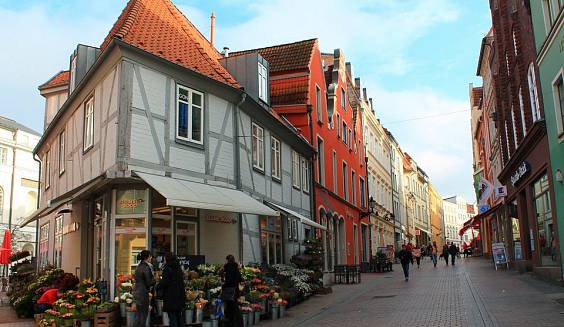 Traditional red brick houses are the distinctive feature of all Hanseatic towns. Wismar has a significant number of those carefully preserved. 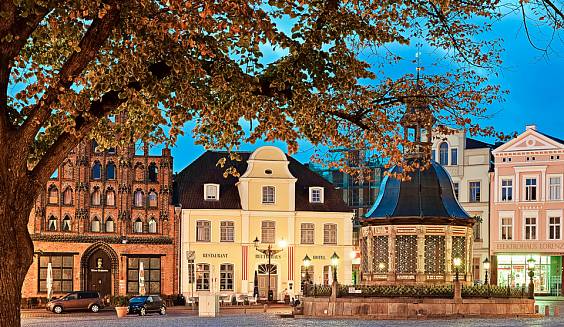 As Wismar was the second founding town of the Hanseatic Trade league, the center of the old town is the huge Market Place, one of the largest in northern Germany. It is surrounded by elegant buildings with styles ranging from 14th-century North German Gothic to 19th-century Romanesque Revival to Art Nouveau. The square's center is the Wasserkunst, an elaborate wrought-iron fountain imported from Holland in 1602. The northern side of the square is occupied by the Town Hall,  another notable building in the square is a Brick Gothic Bürgerhaus (patrician's home) called the Alter Schwede (The Old Swede). 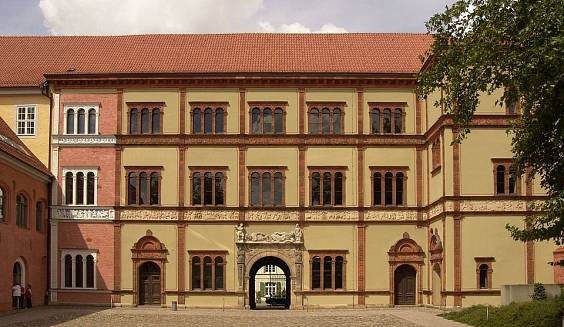 The Fürstenhof, at one time a ducal residence, and later occupied by the municipal authorities, is a richly decorated specimen of the Italian early Renaissance style.